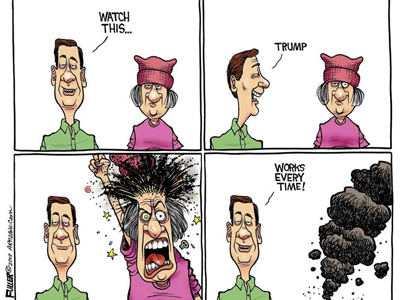 Anne Coulter on Trump’s supposed telling the Russians a secret

“Intelligence showing that the Islamic State is developing a bomb hidden in portable electronics spurred the United States and Britain on Tuesday to bar passengers from airports in a total of 10 Muslim-majority countries from carrying laptop computers … two senior American counterterrorism officials said. …”

Trump met with the Russian Ambassador on 10 May, a full three weeks after the laptop “secret” was headlined in the NYT.

The drop the “Trump told the Russians a secret” line but to prove that that is bad for the US someone kicks the ball and they all swarm after it.

Trying to establish the fact that the incident has prompted fears that the US’ allies may be reluctant to share intelligence with the country in future they question Theresa May but she doesn’t see their point.

It appears the fact that terrorist were looking to use laptops to blow up planes comes from Israel.  The swarm need to prove that allies hate Trump and won’t trust him anymore with state secrets.

“This relationship with the US is unprecedented in its contribution to our strength. This is how it has been and how it will continue to be,” Liberman added.

“I have complete confidence in the American intelligence community. Intelligence cooperation between Israel and the United States regarding the threats posed by Iran and its proxies and ISIS and its affiliates will continue and deepen,” Katz said.