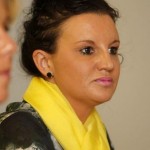 Jackie Lambie is attacking the Army for it’s alleged dealings with an SASR Trooper Evan Donaldson and gives General Morrison AOTY a serve and a warning. “I’m coning after you”, she says.  By now you would be aware that I’m not a fan of Morrison but he is at least educated and intelligent.  Lambie is neither and if she’s backing a case then there is a fair chance she has not done her homework and is simply doing it to attack the Army. She takes up the case of Trooper Donaldson

After becoming the victim of brutal sexual and other assaults, Evan was seriously injured during a secret training exercise run by the Defence Intelligence Organisation inside Australian territory, involving techniques outlawed under the international convention governing the use of torture. During the resistance to interrogation exercise, Evan was bashed, bound, bagged, blindfolded, stripped naked, placed in stress positions, deprived of sleep and food for 96 hours and during that time he was sexually assaulted and left bleeding—and we will not go into where

Bashed, bound, bagged, blindfolded, stripped naked, placed in stress positions, deprived of sleep and food for 96 hours. Yep. Code of Conduct course…standard treatment. In 1968 I was at posted to the Intelligence Centre when it was located at Woodside, SA and acted as staff on what were then called Code of Conduct courses.  NCOs and Officers were given a taste of what Communists would do if they captured them.  Students were bashed, bound, bagged, blindfolded, stripped naked, placed in stress positions, deprived of sleep and food (in my experience they were fed bead and water) for 96 hours (once again, in my experience 72 hours) Tough, but we were at war and war is tough.  There was no sexual assault and I wonder exactly what Evan experienced that would have him claim assault.  If you strip a man naked and put him in a 4 foot cubed cell (can’t lie down…can’t stand up)with rough gravel on the floor and regularly throw cold water over him (in winter, in Woodside) then in today’s society I guess that would be sexual assault.  It wasn’t then and isn’t now but people’s perceptions do change. If, on the other hand, he was actually sexually assaulted then people do need to be brought to trial. My point here is that Lambie is a loose cannon with some military experience.  Diggers are going to her with complaints because they know, being a loose cannon, she will fight for them without to much legal thought and absolutely no consideration of unintended circumstances.

Lambie  achieved the rank of corporal while in the army but was charged and reduced in rank after assaulting a fellow soldier. During a field exercise July 1997 she suffered injuries that resulted in severe  back pain. One day away  from   her first operational deployment to  East Timor, in trying on a flak jacket  it was found that she couldn’t bear the weight of the jacket: goodbye East Timor: hello discharge on medical grounds, and claim  for a military disability allowance. The Department of Veterans Affairs deemed she was a malinger – and despite engaging a private observer  to record her performing various household duties (without her being aware?)  they eventually had to accept  her claim.

Bogan tough, not necessarily a bad thing but she definitely has an anti military sense about her and this would make her believe anything negative about the system. I’m still thinking Loose Cannon, but let’s see how it pans out.
4
Defence