Obama has commuted Bradley Manning’s sentence for treason and that says all you need to know about Obama.

In 2013, Manning – a former intelligence analyst in Iraq – was given a 35-year prison sentence after a military court conviction of providing more than 700,000 documents, videos, diplomatic cables and battlefield accounts to the anti-secrecy group WikiLeaks. The case ranked as the biggest breach of classified materials in U.S. history.

Bradley, AKA Chelsea is a seriously weird traitor and I hope that Trump can reverse the commutation and put him/her back behind bars.

The whole episode has made a mockery of the Defence and Intelligence people who, while they try and defend the country, their leader tries to bring it down.

6
US Politics, War against Terrorism 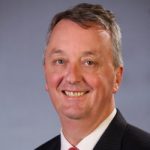 Posted on Wednesday, 16 Nov 16 by Kev
For a long time most reasonable Australians have been incensed that section 18C of the Racial Discrimination Act (racial hatred) has been allowed to trash free speech. In today’s The Australian John Black, ex ALP minister, says besides killing section 18C we need to kill the Human Rights Commission as well.

Alas, the greatest threat to free speech remains: the commission itself. It houses a cabal of human rights fantasists who aim to override the law in the name of a self-defined greater good. But don’t blame them; blame the governments too weak to rub them out. The commission undermines the authority of governments and courts that would give short shrift to much of what the commissioners regard as their meal ticket.

The Commission undermines two pillars of western democracy, the Executive and the Judiciary and yet Turnbull talks of an inquiry. In 2014 Abbott mooted an amendment and then dropped it in the face of the ALP/Greens intransigence in the Senate. The matter has been debated in the public arena ad nauseum since the mid 90s and the only people wanting it to stay are the permanently offended, their supporters, the legal profession who gain financial advantage from the poor darlings and the Human Rights Commission itself. None of whom should count in the debate The rest of the country, the majority, are sick to death of the whole matter. We don’t need an inquiry, we need it thrown out. Now! Today!
11
Politics 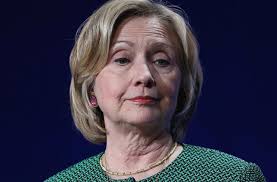 Posted on Tuesday, 1 Nov 16 by Kev
From Frontpage.mag. In poll after poll, a majority of American voters have reported that they hold an “unfavorable” opinion of both Hillary Clinton and Donald Trump. Nevertheless, there are enormous differences in the policy positions which these two candidates embrace. Following is a comprehensive overview of exactly what their positions and agendas are, with regard to the major issues confronting the United States. In some instances, background information is provided in italicized print, so as to place the candidates’ positions in proper context. A taste;

CLINTON: On March 12, 2003, Clinton went to the Senate floor to speak out against legislation that proposed to ban the procedure commonly known as “partial-birth abortion”—where the abortionist maneuvers the baby into a breech (feet-first) delivery position, permits its entire body to exit the birth canal except for its head, and then uses scissors to puncture the baby’s brain and kill it while the head is still inside the mother. Defending the legality of this procedure and condemning Republicans for trying to outlaw it, Clinton argued that any attempt “to criminalize a medical procedure” would compromise American liberty.

Trump views this late-term abortion procedure as “terrible” and “not acceptable.”

Full cover of their respective stands on issues can be viewed here. It is most probably more relevant than “10 years ago he was mean to a woman” type statements.
34
US Politics 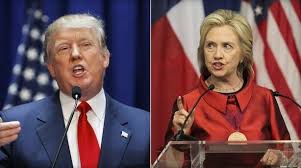 Posted on Wednesday, 28 Sep 16 by Kev
All the media in Australia claim Clinton won the first debate.  Meanwhile, in the US, polls are telling a different story.

Trump is fast turning into prohibition. The more the establishment and media keep railing against him, the stronger he gets and the more people want to vote for him. The more people are told that ‘Hillary definitely won’, the more inclined they are to say Trump – even if purely out of spite. This is what happens when you play the man and not the policy, treat people as if they were idiots and smash them with obviously rehearsed sound bites and impractical, pious ideology.

The MSM and PC crowd are panicking and as they react he keeps gaining. Keep it up guys, the people will decide, not you. Just in case you think the above link is a setup check here at the Washington Times
1
Politics 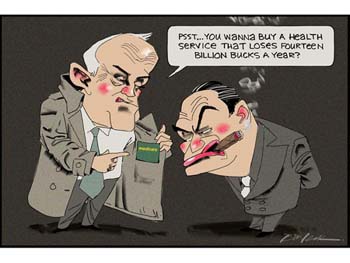 Posted on Friday, 24 Jun 16 by Kev
You hang in there Shorten. Not only are you lying about LNP selling Medicare but it doesn’t even make sense.  Only the bottom end of the ALP demographic believe it and that’s not enough.
13
Politics 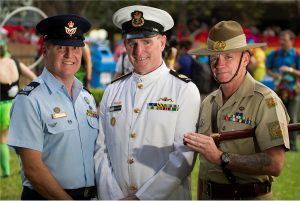 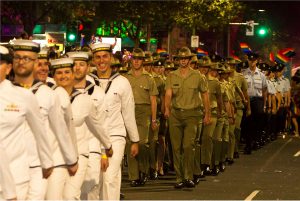