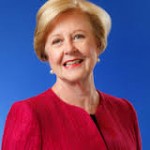 Australian Human Rights Commission president Gillian Triggs predicts the French people will reflect on their military involvement in the Middle East following the “deeply traumatic and scarring” attacks on Paris.
Professor Triggs, a former resident of Paris, said existing concerns about the potential consequences of military action will be “heightened” following the attacks.

“The French are a very politically engaged people … but I think the loss of so many people in such a cold-blooded and planned attack will heighten the concerns that they have about the role they are playing globally,” she told ABC Radio.

It sure will Gillian.  You watch the French ramp it up. She suggests France actually surrender and give up pursuing ISIS.

Crazy dame.  I note she backs Turnbull and his soft stand on terrorism as he plans to send Peacemakers some time in the future...when everyone else has done the hard work....presumably. Amid reports a Syrian passport used to enter Europe through Greece was found near a suicide bomber, Ms Triggs called for political leaders to show courage and warn against associating the two issues.

'There will undeniably be those who say that the relatively open borders have made it easier for terrorists to get in,' Ms Triggs told ABC radio on Monday.

Undeniably Gillian, simply because it has. One  of the problems fighting ISIS is that useful idiots like Triggs exist and have a voice.
0
War on Terror