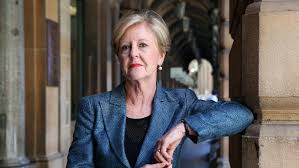 Posted on Wednesday, 16 Nov 16 by Kev
For a long time most reasonable Australians have been incensed that section 18C of the Racial Discrimination Act (racial hatred) has been allowed to trash free speech. In today's The Australian John Black, ex ALP minister, says besides killing section 18C we need to kill the Human Rights Commission as well.

Alas, the greatest threat to free speech remains: the commission itself. It houses a cabal of human rights fantasists who aim to override the law in the name of a self-defined greater good. But don’t blame them; blame the governments too weak to rub them out. The commission undermines the authority of governments and courts that would give short shrift to much of what the commissioners regard as their meal ticket.

The Commission undermines two pillars of western democracy, the Executive and the Judiciary and yet Turnbull talks of an inquiry. In 2014 Abbott mooted an amendment and then dropped it in the face of the ALP/Greens intransigence in the Senate. The matter has been debated in the public arena ad nauseum since the mid 90s and the only people wanting it to stay are the permanently offended, their supporters, the legal profession who gain financial advantage from the poor darlings and the Human Rights Commission itself. None of whom should count in the debate The rest of the country, the majority, are sick to death of the whole matter. We don't need an inquiry, we need it thrown out. Now! Today!
11
Politics