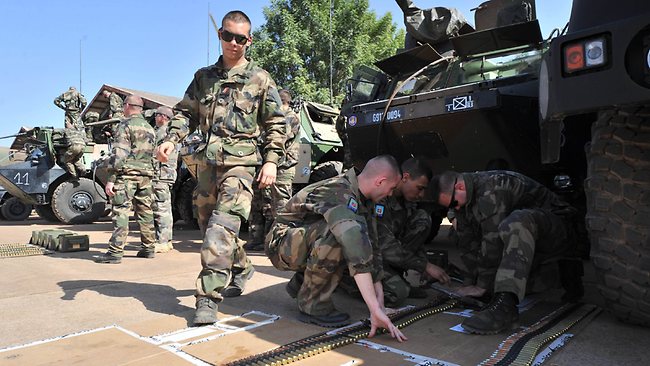 FRENCH soldiers pressed north in Mali territory occupied by radical Islamists, launching a land assault (paywall) that was to put them in direct combat with al-Qa'ida-linked fighters "in one to 72 hours," military officials said. A former French colony, Mali once enjoyed a reputation as one of West Africa's most stable democracies with majority of its 15 million people practicing a moderate form of Islam. That changed in April 2012, when Islamist extremists took over the main cities in the country's north amid disarray following a military coup, and began enforcing strict Shariah law. Background reading Mali at World Atlas I note this morning Hollande was quoted as saying it will all be over in three weeks. This evening it has stretched out to six months and good luck with that Monsieur President
0
War on Terror