Posted on Thursday, 11 Sep 14 by Kev
Don't you just love the consistency of the ABC.  They have never heard a rumour about Aussie diggers behaving badly that they didn't broadcast.  Today marks the 100th anniversary of the Australian attack on PNG with the aim of silencing the German radio station there in what was then German New Guinea. THE ABC claims that Australian troops in World War I took part in a “mass execution” of German troops following the battle of Bita Paka in New Guinea. The broadcaster’s Radio National Breakfast program has obtained a single tape recording of a witness to the alleged slaughter, which the ABC says “appears to confirm the rumours” of prisoner executions. Well good luck with that one ABC - all the article and recording prove is your anti-defence stand. 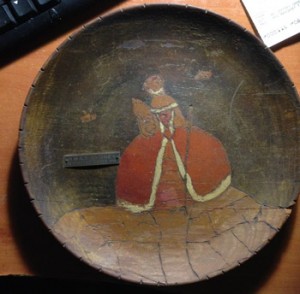 Involved in that stoush and the early attacks on German radio stations in the SW Pacific was HMAS Sydney.  Sydney supported the landing and went on to sink the German cruiser Emden further north. In the 80's I owned an antique militaria business and one day a guy came in with a wooden plate. He said it was made by wounded Gallipoli veterans in therapy classes in Concord hospital, NSW.  It was a wooden plate with 'soldering iron" art. Not good art, but art nonetheless. The wood came from the wooden decks of the Emden as she was salvaged by the Australian authroities   He eventually gave me the plate as he said I had better claim to it than he did. I told him that I had two great uncles in the first convoy from Albany in 1914 and they would have heard of the battle as HMAS Sydney was on convoy duties when it dealt with the Emden in November 1914.  My father served on the second HMAS Sydney during WW2 and I came home from my asian stoush on the 3rd HMAS Sydney.

My story got me bit of history and I have piece of the Emden in my study at home.

The plate and the inscription.

Yesterday, a service was held on board the minehunter HMAS Yarra in the waters off Rabaul to honour the 35 men who disappeared along with Australia's first submarine AE1.

Same expedition, same battle.  The submarine vanished without trace days after the Battle of Bita Paka and no sign has been found since.  Well, not quite.

According to News.com the RAN have found it.  According to an admiral quoted in the article it hasn't.  Either way we must be almost able to close that part of our WW1 history.

My wife's  cousin CDRE Terry Roach AM RAN Rtd was heavily involved in finding the AE2, the other submarine that had been sunk in the Gallipoli campaign.  I've had the pleasure of discussing the expedition that found the sub over a beer at a family BBQ.  It's a great story.

HMAS AE2 was the first Allied submarine to penetrate the Dardanelles in 1915 as part of the Gallipoli Campaign, on the very morning the ANZAC soldiers landed at Anzac Cove.  After five hectic days "running amok", she finally fell to Turkish gunfire and was scuttled.  Her crew was captured and spent the rest of the war as Turkish POWs.  AE2 lay, unseen, until in 1998 she was discovered, intact, in 73m of water in the Sea of Marmara.  The SIA aims to ensure the protection, preservation and promotion of AE2, to contribute to an informed debate on her future and ensure that AE2’s contribution to the Gallipoli campaign is duly recognised by telling the story of her brave crew.

While good men and women commemorate the loss of men at war the ABC maintains its charter of denigrating the same men.

As a friend of mine says of the ABC; Sack 'em, burn down the buildings and salt the ground.