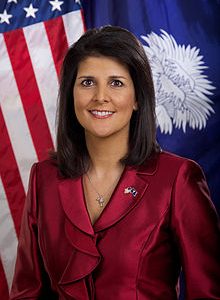 Trump selected new United States Ambassador to the United Nations Nikki Haley issued a scathing criticism of the UN Security Council over their “anti-Israel” bias on Thursday after emerging from her first regular monthly meeting at the international body.

The former South Carolina governor noted that while it is the UN Security Council’s mission to discuss ways to maintain international peace and security, their meeting on the Middle East failed to address some of the region’s most pressing issues — namely, Hezbollah’s illegal buildup of rockets in Lebanon, the money and weapons the Iran regime is supplying to its terrorist entities throughout Latin America and the Middle East, ways to defeat the Islamic State, and how to hold Syrian dictator Bashar al-Assad accountable for the deaths of hundreds of thousands of his countrymen.

“Instead, the meeting focused on criticizing Israel, the one true democracy in the Middle East,” Haley said. She added that while she is “new” to the United Nations, she is well-seasoned in her understanding of the UN Security Council’s generations-long bias against Israel. “I’m here to say the United States will not turn a blind eye to this anymore,” she said. “I’m here to underscore the ironclad support of the United States for Israel.”

At last the US has an adult at the UN and while we are talking about Israel wait until Israeli PM Netanyahu arrives in Australia. BDS and Antifa are guaranteed to be on the news as they go beserk criticizing the only democracy in the Middle East.

The Australia Palestine Advocacy Network has already started on their anti-Israel attack with a statement they organized.  It cites 60 prominent Australians.

An actress doesn’t like Israel…my god! I’ll have to rethink the matter seeing as how she can memorise a script writer’s words and all sort of stuff,  she must be a far greater thinker than I am.