No surprise there. Richard Marles will be flat out on Defence and far too busy to worry about veterans but it’s nice to know early in this government’s time that us veterans will get little attention. We know where we stand and it’s down the back of the room. Out of sight, out of mind

“Veterans’ affairs largely has been a ministry which has been in the outer ministry, but of course it sits within a broader defence space. So there is definitely through me a voice that exists in that space in relation to the cabinet,” he said.

Whatever Labor says, Mr Marles will be busy on other pressing defence matters, and there’s no substitute for having a dedicated minister sitting in the cabinet and advocating for veterans. The new government may discover this over the next term.

Veterans’ affairs will have yet another new minister, continuing years of churn, while the new government brings more turnover for the science portfolio. One of the major contributions Labor can make in those areas is to maintain stability in its line-up of ministers. 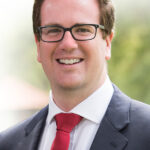 He seems positive in this speech he gave in 2018 on Veterans Affairs Legislation so let’s wait and see.