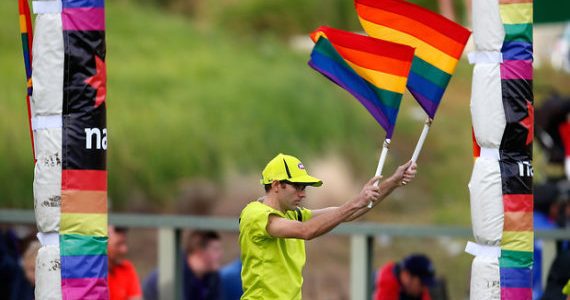 So the SJFL (Social Justice Football League) previously known as the AFL are in trouble for calling for the resignation of two executives because they had affairs with two women also employed by the SJFL. The two women were not subordinates of the men, there were no complaints from the women and they weren't teenagers.  Nowhere has there been a suggestion of harassment, bullying or discrimination nor has it been suggested that the affairs were non consensual.

The AFL is facing mounting criticism over a decision to force the resignation of two executives over workplace affairs, with its hard-line approach going far ­beyond what is considered best practice across the corporate and government sectors.

The AFL was accused of overreacting in calling for the resignations of its head of operations Simon Lethlean and commercial boss Richard Simkiss and of acting primarily to protect its own reputation from accusations it runs a blokey workplace culture.

The men were married but it's not as if that doesn't happen in pretty well every work place in Australia.

The SJL are forever going on about social justice to the detriment of and distraction from the game.  I'm not interested in the players sexual habits nor the colour of his skin.  I am simply interested in his agility, skills and sportsmanship and I'm not in a minority.

I'll start watching AFL again when it drops it's social justice agenda and starts concentrating on it's core responsibility - providing sport for the masses.