Posted on Friday, 25 Aug 06 by maxymax
You may recall the ambulance in the Israeli/Hezbollah recent dispute.  You know, the one that the Israelis 'deliberately' rocketed...at least that was the view of the world media. Personally, when I saw the pic of the missile hole through the roof I instantly dismissed it as bullshit and went on with life. How could I have been so sure? 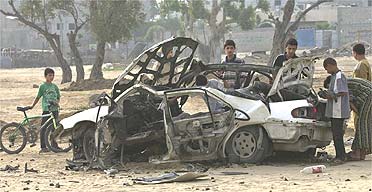 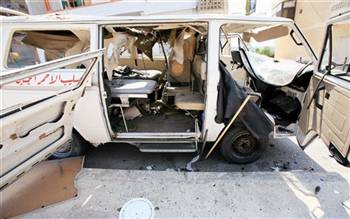 .......vehicle taken from wreckers yard and definitely not hit by missile.  Note the windscreen has collapsed inwards.  In my experience, and I have heaps, missiles and other ordnance, having penetrated a target, always explode and never ever impode.  Simple Infantry stuff.  [In a previous life I was an anti-tank gunner/driver] The media gratefully accepted the incident at face value as they wanted to believe it and flogged it for all it was worth.  Remember the Israeli Captain being interviewed...We never intentionaly target civilians or ambulances. Sure, said the media presenter and interspersed shots of wounded ambulance occupiers with a loop of the captain saying We...never...intentionaly...target...civilians...or...ambulances. Good media but now it might be reasonable to get that same presenter and have him say, in a loop, just like the Captain, that We, [the media] always take the viewpoint of the terrorists without checking details because we want to believe it. Why?  Go to Zombie and view the article and all will become clear to you.  Posted in the interests of pointing out the lies of the enemy we face. Via Tim Blair and Michelle Malkin
General Musings