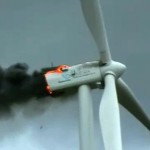 A large scale solar and wind revolution has been sparked in Queensland with 17 proposed projects capable of powering more than a million homes.

Valued at more than $2.4 billion the new Queensland based investments would halt the the exporting of green energy jobs to southern states.  Premier Annastacia Palasczuk said the government’s policies were helping to attract investment, create jobs and combat climate change.

Combined, the projects would deliver 1000 megawatts of baseload power.

Oops Solar an wind can’t deliver  baseload power for very obvious reasons and the $2.4 billion costs of the project are going to cost $10.8 billion worth of subsidies to reach the target. Oh, and the 17 projects are not going to happen at all, at least not in the near future.

And the government will have to attract significantly more investment as well as provide financial support to meet the 50% target to prevent significantly pushing up power prices.

Just in case you thought the article might still have some legitimacy the energy Minister Mark Bailey closes:

While Queensland led the world in household solar installations, the state was behind it’s southern counterparts.

Which to me says we don’t lead the world at all, our southern counterparts do. Do people really read and understand what these left wing Green idiots are on about. An Alternative energy revolution isn’t going to hit Queensland any time soon If your hanging in there for a Telsa storage battery then start saving. At the moment Australians gearing to add battery-stored solar energy to grid power can buy Elon Musk’s long-awaited Tesla Powerwall system from today. You’ll pay $15000 or more for a full system. Yeah…right.  I’ll check my piggy bank.
Green Insanity