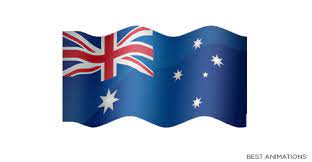 Do not welcome me to my home

Being a fifth generation Aussie and responsible for two more generations; having served in the military for 25 years both in peace and war; having been a JP serving my community for over 20 years and having served on charity boards I consider Australia My Country and refuse to be “welcomed” to it by some nondescript Indigenous chap who presumes to lecture me on the sins of my forefathers.

Lincoln Brown at the The Spectator agrees with me.

The notion that Australians must be welcomed or invited to their own country by Indigenous leaders – as occurs at the opening of state and federal parliaments, conferences, and school assemblies – is a divisive and destructive one.

This practice, while it may appear reasonable or harmless, is a manifestation of the ongoing assault on Australia’s Western heritage and implies that non-Indigenous Australians, whose families have called Australia home for many generations, do not really belong here.

I recently attended an event where the audience (mostly comprised of Australians with European heritage) were ‘welcomed’ by an Indigenous speaker. It was a pitiful display of bitterness, resentment, and even hatred towards white Australians. Indeed, it was little more than a scolding for the colour of their skin.

The speaker bluntly stated that Australia still belongs to ‘First Nations’ people (a nonsensical and ahistorical term lifted from Canada’s debates about colonialism) and does not belong to so-called ‘white people’ (or presumably any other migrant families). He then asserted that the audience needed to learn Australia’s ‘true history’. This, even though ignorance of Australia’s British heritage has never been more apparent than it is now.

It was an overtly adversarial presentation – devoid of hope or a positive vision for Australians. Not a trace of recognition for the fact that Indigenous people enjoy the same fundamental rights that all Australians enjoy, or the tremendous efforts that governments, charities, and individuals have put into improving life for Indigenous Australians over many decades. Instead, the speaker aggressively asserted that Indigenous people are still colonised and that white people must continue to be reminded of this until colonialism ends.

The belief that all Australians, Indigenous and non-Indigenous alike, have a right to call the country in which we were born home is now openly attacked.

The desired outcome for such activists is unclear. How, exactly, will we know when enough has been done to overcome racism? What measurable goals must be achieved? When will we be able to congratulate ourselves for elevating Indigenous voices and dismantling colonialism enough? Will it be when all references to Christianity are removed from the national curriculum, as was attempted (and, thankfully, negated) last year? Or when we abolish the Australian flag? At what point will we have made enough progress?

Ironically, as I flew home on a Qantas jet, the pilot acknowledged the traditional custodians of the state I was returning home to. It is a strange form of colonialism in which major corporations, from airlines to the AFL, feel the need to constantly remind everyone that the land belongs to Indigenous people. One would think that if racism were the ubiquitous problem that we are told it is then major corporations would not bother with such sentiments.

White people, as nebulous as that concept is, are not guests in Australia. My ancestors were also born and raised here many generations ago. No one should be made to feel guilty for the colour of their skin or blamed for the actions of people who have long since died. This attribution of historical, collective guilt to an entire group of people due to their ethnicity is not only racist but is a symptom of a dying Australia. It is a direct, ideological assault on Western values based on selective distortions of history and the Marxist idea of class guilt, now applied to race, which divides humanity into ‘oppressed’ and ‘oppressor’ classes and ascribes sinfulness or virtue based on whatever group one happens to belong to.

This is a dangerous fiction.

The reality that nobody is allowed to acknowledge, but everyone knows, is that Indigenous Australians not only enjoy the same basic rights as everyone else but are now viewed by mainstream institutions such as government, media, and education as having a kind of culturally protected status thanks to policies concerned with promoting ‘equity’. Such policies mean that Indigenous people have access to a range of opportunities, from scholarships to employment, that non-Indigenous people do not.
Welfare policies for Indigenous people abound, yet so do high rates of alcoholism, abuse, imprisonment, and early deaths in Indigenous communities. Is this because of racism? How many more apologies, more welcomes to country, more equity programs, are needed to remedy these issues and undo the supposed harms of our colonial heritage? Or could it be that these policies, which negate personal responsibility (that nasty colonial idea), do more harm than good?

People are afraid to suggest these things because they will be accused of racism. To call someone a racist is one of the most destructive slurs available. It destroys careers and reputations. This constant threat of ostracism for saying ‘the wrong thing’ is a cudgel the Left wields to shut down debate and discussion about how to view Australian history and how issues in Indigenous communities can be addressed. The tragic irony is that ‘welcome’ ceremonies, apologies, and other pointless gestures do nothing whatsoever to address the real and serious problems faced by Indigenous communities (especially those who live in remote areas). The virtue-signalling activists do not care about helping them, only about getting revenge on white people, and promoting themselves as victims.

None of this is likely to be new to most readers of The Spectator Australia. We know that Western values are under attack and that Australian history is more complex than being entirely good or entirely bad.

What is needed is the courage to say the unsayable: it is not right for white people to be chastised for their skin colour, nor is it right to blame every problem that Indigenous people face on so-called racism. This assault on Western values only ends when cancel culture is countered with courage culture, and name-calling stops being a weapon that can be used against people who see through the pernicious cultural-Marxist worldview.

The Veterans, the reason the department exists, gets a throw-away line at the end of paragraph.

Just to save you the trouble of looking it up, the last flag on the right is the ‘trans pride’ flag.  It’s hard to think of a woke meme these bureaucrats have overlooked.  All that is lacking is the writer’s pronouns.

From a Quadrant article by Peter O’Brien

Ukraine brought the Russian attack on itself by poking the bear in its eyes repeatedly since the 2014 coup. Yet now its leader has the gall to petition the US Congress to start WWII via standing-up a No Fly Zone in lieu of the obvious solution: Namely, Zelensky should resign and make way for a collaborationist government that will sue for peace on the following basis:

I remember years ago at Nudgee College I was looking at a chart on the wall of the Admin Centre.  The chart was an Amnesty International chart depicting a world map with markers wherever there were political prisoners that they were interested in.  All of these markers were in Western countries and none in communist ones.

Strange I thought, but none of the teachers thought so.

Quadrant have an article on the formation of Amnesty International and it’s communist origins during the Spanish Civil war when Stalin was in full flight setting up useful idiots to support the communist cause.

It’s a longish read but worth it.

The “Brandon” administration is just too weird

How can normal Americans not be disgusted by this?

The Biden administration launched the first U.S. Navy ship named after a known child rapist, the late San Francisco Supervisor Harvey Milk, in San Diego on November 6. At least one of Milk’s minor victims committed suicide after the rapes.

Buttigieg is literally why we cannot have nice things

Meanwhile, the man who should be tending matters is on a vacation that began in August. After just six months on the job, Transportation Secretary Pete Buttigieg has taken a two-month vacation so he and his husband can enjoy the twins they adopted.

Just love those Democrats working studiously on stuffing up the economy

The plasticity of the human brain. An answer to my eternal question “why do we dream?” and a lot more.  nearly 40 minutes but set the time aside – it’s worth it.

The truth about Afghan Women

We did the wrong thing, perhaps for the right reason. We wanted to develop that country and rescue Afghan women. Their lives were hellish, girls banned from school, women forbidden to leave their homes except in the company of a male guardian, vigilantes beating them with sticks if their burqa was too short. We wanted them to enjoy the pleasures of modernity and live full, happy lives.

Along with the rest of that failed nation-building venture, we got this part wrong too. And now, instead of recalibrating, we are full speed ahead compounding the harm.